Learning from a Blessed Nation

Learning from a Blessed Nation 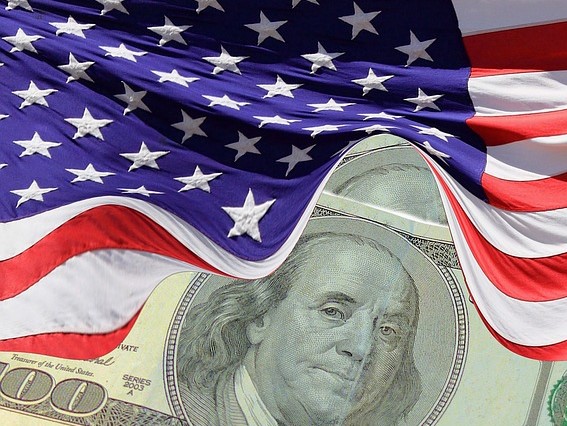 Sometimes, as Christians living under the New Covenant, we think the Old Testament does not apply to our modern lives. We look at it as more of a history book rather than God's inspired Word. But the Old Testament has much to teach us as New Testament Christians. Romans 15:4 says, "For whatever was written in earlier times was written for our instruction, so that through perseverance and the encouragement of the Scriptures we might have hope." As we study the Old Testament and follow Israel's path, we see how they quickly began to turn away from God and His blessings and worship idols instead.

The prophet Hosea ministered around 755-710 BC and had much to say to the northern kingdom (Israel). He began to prophesy during the latter part of the reign of Jeroboam II. At this time, Israel was experiencing much economic and political success. God had blessed them with great material prosperity. However, the nation was also growing in spiritual apostasy and moral corruption. After Jeroboam II's death, Israel declined rapidly. This would eventually lead to the invasion of Assyria and Israel's exile from the land.

"Israel is a luxuriant vine;
He produces fruit for himself.
The more his fruit,
The more altars he made;
The richer his land,
The better he made the sacred pillars.
Their heart is faithless;
Now they must bear their guilt.
The Lord will break down their altars
And destroy their sacred pillars."

God gave great blessing to Israel in the land. Instead of using this blessing to glorify God, they used it to build altars of idol worship. Their hearts were drawn away from God and they committed spiritual adultery. God even had Hosea marry a prostitute named Gomer, which was a picture of Israel's spiritual immorality. How quickly Israel turned the blessing of God into their own idol worship.

What Can America Learn?

In America today, there is great material prosperity. We have experienced great economic success and have much to be thankful for. In many ways, we are in a situation much like Israel was in. But how have we used our prosperity? Have we used it to bring God glory or have we used it to create idols for ourselves? We claim to be "one nation under God" and have the slogan "In God We Trust" on our dollar bills, but do we believe that? Do we trust in God or do we trust in our wealth?

Sadly, over the past few weeks, we have seen what can happen when our trust is in riches. We have seen how quickly our material prosperity can be turned upside down. Many of the shelves in our supermarkets are empty. Toilet paper has become a coveted commodity as people fight over it in the aisles. In the wealthiest nation in world, a simple flu-like virus has shut down the economy and put millions of Americans out of work. In a recent quote by Hulk Hogan, famed wrestler and actor from the 1980's, he spoke about how God has taken away everything we worship: athletes, muscians, actors, and money. What is a nation to do when their idols are taken away?

As we look around and see many people in our nation who are desperate and looking for answers, we need to be people who have anchored our hope in Christ. We also need to point them to the One who came to offer them hope and the free gift of eternal life. While our own people are fearful and seeking answers, we need to be a people who share the good news of the greatest hope. Point them to Jesus, who came to die for sinners, was buried, and rose again on the third day, so that all who place their faith in Him can have the greatest blessing of all—eternal life.